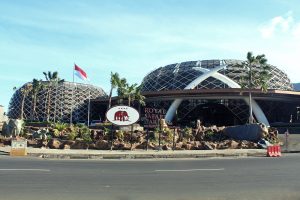 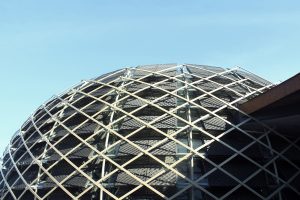 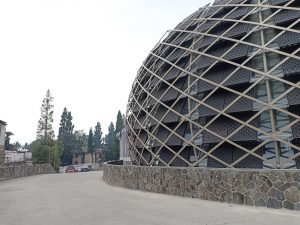 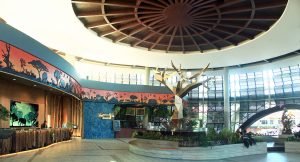 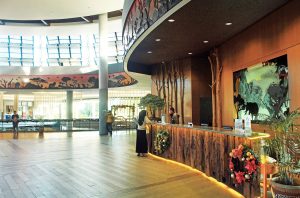 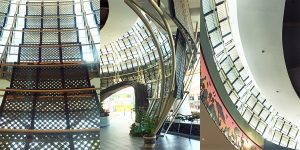 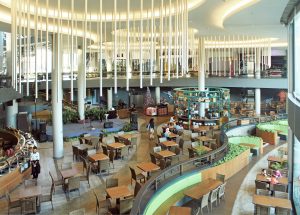 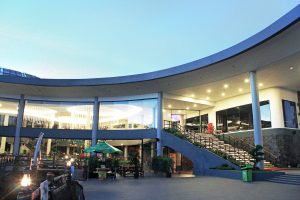 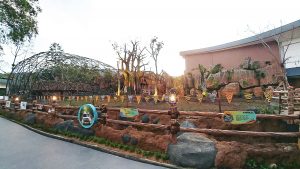 Geographically, the project is located in the highland of Cisarua, Bogor. The Pine Cone project is part of a master plan redesigned project of Royal Safari Garden Resort and Convention. Pine Cone project, which has a gross built area of 17161 sqm, provides several facilities such as Front office facilities, Restaurants, Retail, Animal exhibit, Bungalows, and other facilities.

Although the site is adjacent to the main street, it is hardly noticeable from the street due to the sunken site conditions. Moreover, the position of the existing building was pushed far away from the main street. This condition makes the existing building not attractive and does not attract the interest of visitors. This area is also located in a densely populated area with access to two car lanes in both directions.

Besides solving the problem of the site conditions, the architect also wants to make innovative and efficient design breakthroughs by carrying the concept of “Pinecone” where the concept was inspired by the tree on the site. Facade panels are stacked together like pine skin so the light and air allow entering through facade gap. Building materials also use synthetic rattan panels and glass.

A unique facade design breakthrough makes this project become the icon of a new destination in Puncak. Facade treatment proved to be successful in utilizing the cold air in Puncak into natural ventilation of the building which keeps the air inside the building cool and fresh without using air conditioning. The incoming light is also filtered through the facade so the level of lightness in the room is well fulfilled. In conclusion, the Pine Cone of Royal Safari Garden is designed to be a sustainable building that can reduce the consumption of energy by utilizing natural lighting and air. In the future, facade from the Pine Cone project will become a breakthrough facade technology that can be applied in tropical climates such as in Indonesia.